Purr Monster came to our hospital in September 2015. He had been missing for several days and finally returned home with a mysterious injury on his left front leg. His family brought him in right away, but it was unfortunately much too late to save the leg. His paw was very swollen and infected (maggots had already moved in), two of the bones in his leg were exposed, and the limb was almost detached- far beyond the point of ever being used again. After consulting with the veterinarian, Purr Monster’s family decided the best thing we could do was amputate the leg. Dr. Lawson did the surgery the very next day, and the rest is history!

Purr Monster has adjusted wonderfully to life as a three-legged cat. He is still his friendly, happy old self but now enjoys an indoor-only lifestyle. There are so many dangers outdoors, especially for cats. Purr Monster can tell us that the safest place for our kitties is indoors! 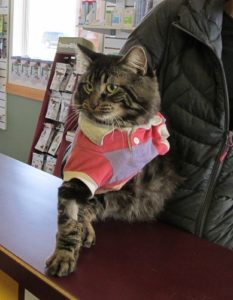 Betsy came to us early in December after getting her muzzle stuck in a coyote snare. Although we were able to remove the metal snare with wire-cutters, that was just the beginning of her journey. Due to severe trauma from the tight snare, she had lacerations surrounding her mouth and her face was so swollen she was almost unrecognizable. Eating and drinking were nearly impossible, and necrosis (death of the tissue) and severe infection were the next challenges she had to deal with.

Luckily for Betsy, her amazing family was dedicated to her complete recovery. Over the next month, she underwent two reconstructive surgeries with Dr. Arvidson to remove dead tissue and repair her face, as well as multiple visits in between to check her progress and administer additional treatments. During that time, Betsy charmed everyone at the hospital with her sweet, happy personality. It was amazing to watch her transform from a fearful dog that didn’t trust us, to a bouncy girl that could hardly wait to come through the door to give us kisses!

The trapper who owned the snares did contact the family- the day Betsy returned home he had found her in his snare, cut her loose and she ran off before he could help her. Unfortunately, Betsy’s sister Emma was not so lucky- she had also become caught in a snare but sadly passed away before the trapper discovered her.

Now, Betsy is fully recovered and more beautiful than ever (she has a cool scar now, too). And while Betsy isn’t wandering very far from home anymore, she would like to remind dogs and their owners to be cautious in the great outdoors- you never know what hazards are hidden out there! 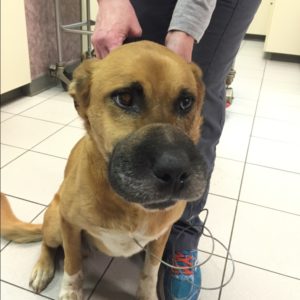 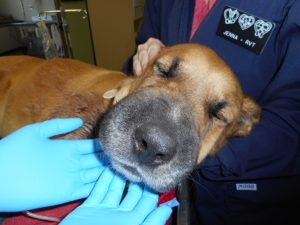 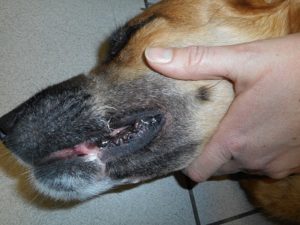 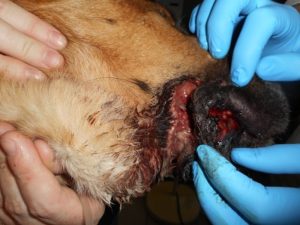 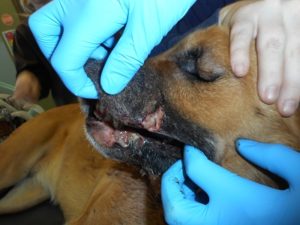 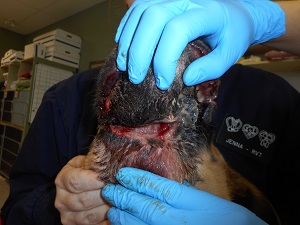 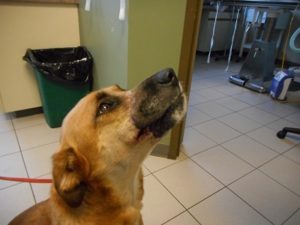 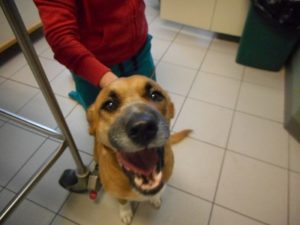 This is Bond. He came to us in October 2013, and was here for nearly two weeks because he was so ill. The family that he belongs to now, had found him the day before in a parking lot, cold and alone. The next day they brought him to the hospital for what they thought would just be a routine checkup because he had some diarrhea. The family did what ever it took to make him better, and eventually no one could resist this sweet little guy. He now is a permanent family member of the people that rescued him.

Bond looks great now, back in October he was very thin, he could not eat on his own and no one was sure if he would make it. His new family never gave up on him. He is so full of love, thanks to his second chance on life. 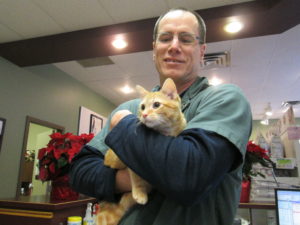 Sally came to us in December 2012.  She was found on the side of the road with severe trauma to her tail.  After a few days of TLC we were able to confirm the trauma to her tail did not cause any nerve damage to her hindend.  She was now fit to under go surgery.  The plan was to spay her and amputate her tail.  Sally recovered quickly and it was time to find her a forever home.

On Christmas eve Sally went to her new home.  She now lives with her new family, 2 little boys that she loves and 2 dogs that she rules. 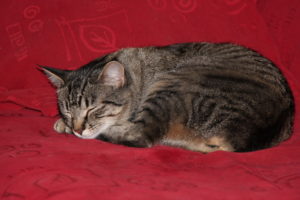 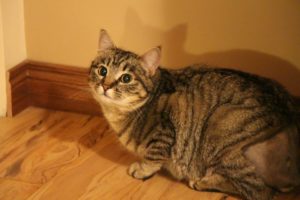 Stanley came to us as a stray back in November.  He was about 5 or 6 months old and weighed only 3 pounds.  Stanley had fleas and also a very swollen right front leg.   Dr. Lawson examined him and  found a large abscess over his elbow.  He was treated with antibiotics, given pain medication and the wound was clipped and cleaned.

After a month on antibiotics, we were certain that what ever caused the infection in the front leg had also infiltrated the elbow and caused severe joint damage.  The joint damage left him unable to use his front leg normally.  It was decided , the best treatment for him would be to amputate the leg.

Two weeks after his neuter and amputation, on December 24th,2012, Stanley went to live with his forever family.

Sunni, Bear and TJ came to the clinic in May, when they were only 10 days old. We took them in and nursed them back to health. Today Sunni is now ‘Moo’, she lives in Edmonton with her new brother and a very loving family.

TJ and Bear are living with their new family together in Lacombe. They now spend their days hanging out with two really cool bunnies and a very wonderful family. 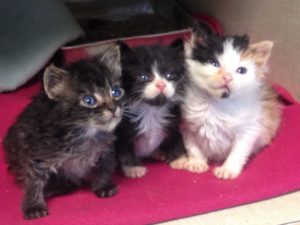 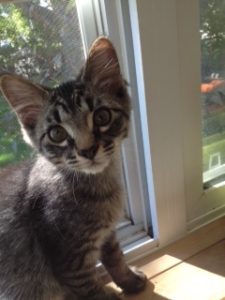 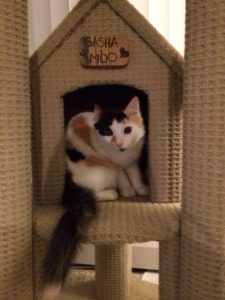 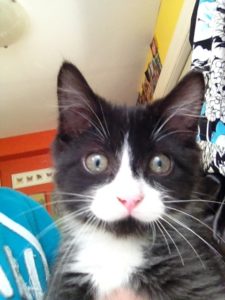